Download popular magazines to your computer, smart phone or tablet with RBdigital Magazines. 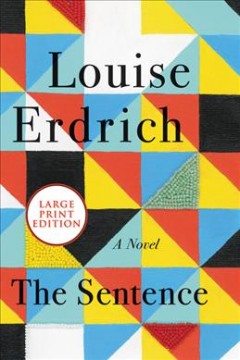 The sentence : a novel
Erdrich, Louise
A small independent bookstore in Minneapolis is haunted from November 2019 to November 2020 by the store's most annoying customer. Flora dies on All Souls' Day, but she simply won't leave the store. Tookie, who has landed a job selling books after years of incarceration that she survived by reading with murderous attention, must solve the mystery of this haunting while at the same time trying to understand all that occurs in Minneapolis during a year of grief, astonishment, isolation, and furious reckoning. 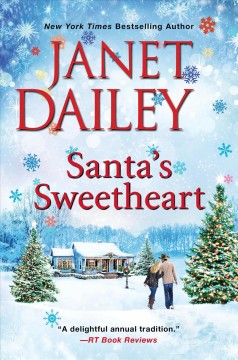 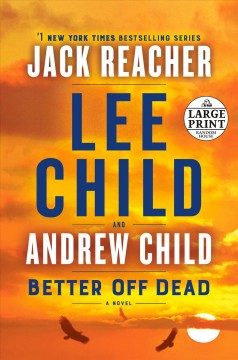 Better off dead : a novel
Child, Lee
"Jack Reacher isn't one to back down from a fight. And when a shadowy crew raises the stakes, he won't hesitate to teach them a lesson: When you pick a fight with Reacher, you're better off dead"-- Provided by publisher. 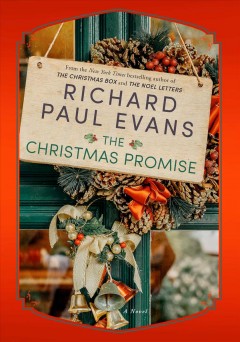 The Christmas promise
Evans, Richard Paul
On the night of her high school graduation, Richelle Bach's father gives her and her identical twin sister, Michelle, matching opal necklaces. "These opals look identical," he tells them, "but the fire inside each is completely unique--just like the two of you." Indeed, the two sisters couldn't be more different, and their paths diverge as they embark on adulthood. Years pass, until--at their father's behest--they both come home for Christmas. What happens then forever damages their relationship, and Richelle vows never to see or speak to her sister again. In their father's last days, he asks Richelle to forgive Michelle, a deathbed promise she never fulfills as her twin is killed in an accident. Now, painfully alone and broken, caring for the sickest of children in a hospital PICU, Richelle has one last dream: to be an author. The plot of her book, The Prodigal Daughter, is a story based on her sister's life. It's not until she meets Justin Ek, a man who harbors his own loss, that a secret promise is revealed, and Richelle learns that the story she's writing is not about her sister, but about herself. 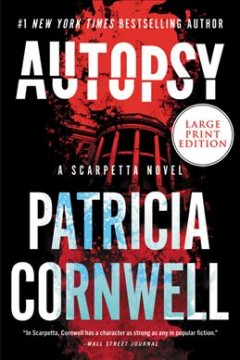 Autopsy
Cornwell, Patricia Daniels
"Forensic pathologist Kay Scarpetta has come almost full circle, returning to Virginia as the chief medical examiner, the state where she launched her storied career. Finding herself the new girl in town once again after being away for many years, she's inherited not only an overbearing secretary, but also a legacy of neglect and potential corruption. She and her husband Benton Wesley, now a forensic psychologist with the U.S. Secret Service, have relocated to Old Town Alexandria where she's headquartered five miles from the Pentagon in a post-pandemic world that's been torn by civil and political unrest. Just weeks on the job, she's called to a scene by railroad tracks where a woman's body has been shockingly displayed, her throat cut down to the spine, and as Scarpetta begins to follow the trail, it leads unnervingly close to her own historic neighborhood. At the same time, a catastrophe occurs in a top-secret laboratory in outer space, endangering at least two scientists aboard. Appointed to the highly classified Doomsday Commission that specializes in sensitive national security cases, Scarpetta is summoned to the White House and tasked with finding out exactly what happened. But even as she works the first potential crime scene in space remotely, an apparent serial killer strikes again very close to home."-- Amazon. 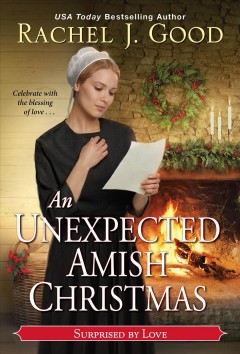 An unexpected Amish Christmas
Good, Rachel J.
Recovering from a horse and buggy accident that took the lives of his family, Jacob Zook is struggling to regain both his spirit and his body. While his legs remain stubbornly opposed to moving, he exercises his hands by writing, and finds the perfect outlet for his grief in inspirational letters to the Amish newspaper. When Keturah Esch, a woman who works at the Green Valley Farmer's Market, responds with gratitude, Jacob has no idea that his hardship is about to become a blessing...Dealing with her own loss, and responsible for her three siblings, Keturah's new correspondence with the anonymous letter writer becomes a source of joy. And when a shy young man confined to a wheelchair begins to visit the market, Keturah is happy to make his acquaintance--never knowing that Jacob is afraid to reveal himself as her pen pal. After all, what can he offer her, when he can't even walk? Can faith bring two lonely people together in perfect union? As Christmas approaches, Jacob and Keturah get a chance to make their gifts to each other worthy of the blessing of love... 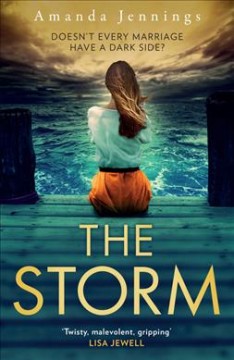 The storm
Jennings, Amanda
Set against the brutal backdrop of a Cornish fishing port in the 90s, 'The Storm' is about Hannah and Nathan, who appear to have the perfect marriage. But Nathan controls Hannah's every move, and Hannah seems happy to let him, being a prisoner in a gilded cage. Because Hannah has a secret from the past, and she has been paying the price, keeping Nathan happy, keeping the peace. But her past is going to catch up with her. From the author of 'The Cliff House'. 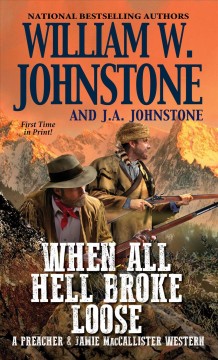 When all hell broke loose
Johnstone, William W.
"It's one of the great mysteries of the Old West. The unexplained disappearance of a hunting party of Prussian nobles who entered the American wilderness--and never returned. Now, years later, the Prussian government demands an explanation. In response, the U.S. Army hires Preacher and Jamie MacCallister to join their search party--along with a band of Prussian soldiers led by the sinister Baron Adalwolf von Kuhner. Some believe it's a hopeless mission, that the original party was slaughtered by the Blackfeet. Others think there may be survivors, most likely women held captive as slaves. But it doesn't take Preacher and MacCallister long to learn the horrible truth"-- Provided by publisher. 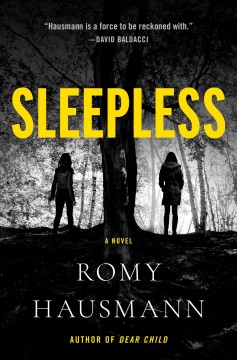 Sleepless : a novel
Hausmann, Romy
"It's been years since Nadja Kulka was convicted of a cruel crime. After being released from prison, she's wanted nothing more than to live a normal life: nice flat, steady job, even a few friends. But when one of those friends, Laura von Hoven--free-spirited beauty and wife of Nadja's boss--kills her lover and begs Nadja for her help, Nadja can't seem to refuse. The two women make for a remote house in the woods, the perfect place to bury a body. But their plan quickly falls apart and Nadja finds herself outplayed, a pawn in a bizarre game in which she is both the perfect victim and the perfect murderer..."-- 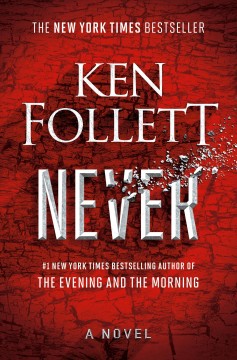 Never
Follett, Ken
In the Sahara Desert, two elite intelligence agents are on the trail of a powerful group of drug-smuggling terrorists. In China, a senior government official battles against the older Communist hawks in the government. And in the United States, Pauline Green, the country's first woman president, navigates terrorist attacks and illegal arms trading. But when one act of aggression leads to another, the most powerful countries in the world are caught in a complex web of alliances they can't escape. And once all the sinister pieces are in place, can anyone stop the inevitable? 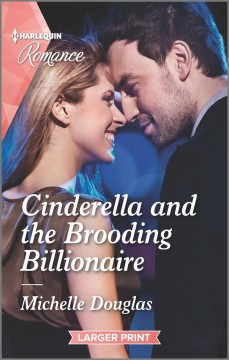 Cinderella and the brooding billionaire
Douglas, Michelle
"A baby in need of a mother...A billionaire in need of...a wife? Monique Thomas wants to protect her grieving godson, but she can't do it alone--she's penniless. When Italian billionaire Luca Viera arrives to meet his child for the first time, it's clear he's wildly out of his depth! Until he makes a temporary proposition--come with him to Italy as the boy's nanny. Monique never anticipated her impulsive yes could be the start of something more permanent...!"--Back cover. 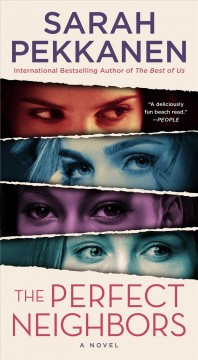 Check out our other online resources.